Aims & Objects of Round Table

To foster fellowship between young men through their professional and social activities.

To encourage activity and a sense of responsibility through development of the highest ideals both in the civil as in the professional field.

To promote and extend cooperation, friendship and understanding between nations and people.

To further the Round Table movement worldwide.

The association achieves its aims and objects through the organisation of meetings, conferences, debates and other similar activities where discrimination, whether political, religious, linguistic or racial is forbidden. 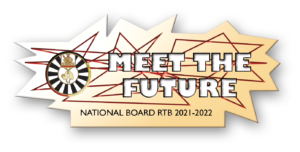 The name “Round Table” was taken from the famous speech of the Prince of Wales, who called on the young men to meet “around a table”. And without the slightest allusion to the Knights of the Round Table, which some would be inclined to think. When choosing our license plate, a coincidental combination of circumstances would still associate King Arthur and his brave knights with our movement. As the first registration, Table Norwich had chosen a small round table, brown in color, with a single leg supporting the top along 3 support points. But at the 1929 General Assembly, this emblem was replaced for good due to its lack of originality and style. At the suggestion of RT Manchester’s Neville Headon, a new emblem was adopted, it became a slightly modified drawing after a wooden disc, which is still hung in the knights’ hall of Winchester Castle. And so our logo has been adopted and taken over by the RTI!

Round Table in Belgium

For our country, the Table Adventure began in March 1947, when Jacques Gilles, during a business trip in England, was invited to a meeting of Liverpool 8. The local chairman, Ben Woolfenden, who would soon become chairman of the Round Table Great Britain & Ireland (RTBI) and then of the World Council of Service Clubs (WoCo), Jacques proposed to set up the Round Table (RT) in Belgium. In the course of the following winter, a small nucleus formed in Brussels, under the active interest of O. Wiemijer, founding chairman of the Rotterdam Round Table. On March 19, 1948, 10 candidates held the formation meeting.

The first committee was formed in September 1948 with Marcel Rymenant as chairman, and Jacques Gilles as tireless secretaries. Thanks to the frequent contacts with foreign Tables, it was soon possible to proceed to the handover of the award on September 24, 1949. The ceremony had a pronounced international cachet due to the presence of many international Tablers. To name just the most important: Ben Woolfenden, WoCo chairman; Erik Emborg, Round Table International (RTI) chairman; Hans Wakkie, chairman RT Netherlands; Henk Bruna, founder of the Dutch Round Table; G. Arnback, representative of the Swedish Round Table; and a large group of English and Dutch tablers!

Mirroring the text of the Dutch Round Table, the articles of association were deliberately kept simpler than the articles of association of RTBI. The general provisions envisaged a possible integration of the Grand Duchy of Luxembourg, and limited the number of members per Table to 40. The English license plate was slightly changed: the rose in the middle was replaced by the Golden Fleece, symbol of the order created in 1429 by the Prince Philip the Good. Table Anvers 2 was chartered on February 25, 1950 as chairman Walter Heinz, who subsequently emerged as the first monument that Round Table Belgium (RTB) knew to date.

The general foundation meeting of the Round Table Belgium took place on May 6, 1950. 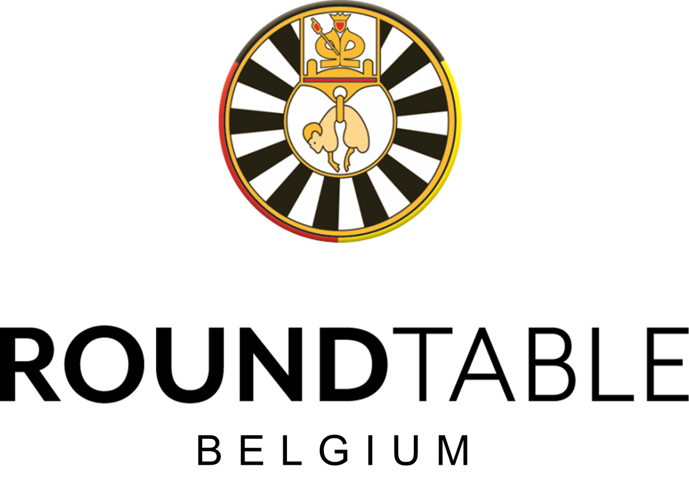