What international connections does my club have?

As a newly inducted member of Round Table (RT) you are probably wondering how big the organisation you have just joined is? Well, it exists in more than 50 countries around the world, some of which may only have the 1 club whilst others may have hundreds of them. Depending on the number of clubs in a country, there may or may not be a need for an internal structure of areas and a national association. Where there is only the one club that usually acts as the national association.

For ease of co-ordination, and because RT has spread into every continent, RTI is
divided into 3 Regions:

Each of the 3 regions has an annual regional meeting during which it elects a chairman and a vice-chairman, of which the chairman become members of the RTI Board, as follows:

Is primarily responsible for assuring the coordination between the national associations and the maintaining of proper standards in all level of activity. The international board is also supposed to take care about problems pointed out from the local national associations. Another important activity consists in the international development of Round Table. The International Board gives advice to all Groups present in countries where Round Table is not yet established in order to possibly try to form new Clubs. The regions of RTI fi rst came about during the gap years when there was no RTI. Both the Africa Region and the EMA Region were created in 1976, although the PACART Region didn’t start until 2002. The EMA Region is further divided into Sub-Regions, which are not offi cial Regions but are ones created by the countries themselves. Broadly speaking, the Sub-Regions split Europe and the Mediterranean neatly into 3 geographical areas, being North, Central and South, each of which has its own meeting once a year as follows:

Due mainly to the distances involved, the associations that exist in the Americas’ part of the EMA Region tend not to take part in the Sub-Regions. The make up of any region or sub-region is constantly changing, so for an up to date view record of which countries RT exists in and which region they belong to, there are 2 sources of information:

Both of these resources are packed with useful information and further explanations. The website is obvious, but if you want a copy of the directory you should contact the National IRO from your own association (IRO means International Relations Offi cer).

Every year in August/September, RTI organises a week long conference/party called Round Table World Conference, in fact you can think of it as a holiday with hundreds of mates, where your whole family is always welcome. Here you can meet people from these other organisations as well as fellow members of RTI. RTI holds its AGM during this conference.

Through RTI there are opportunities for meeting and working with tablers from
other countries.

approve the accounts, decide about changements of their constitutions and also discuss about general problems and service projects.

It is the annual meeting of all IRO’s of the national associations of the EMA Region.

It is the annual meeting of all the Vice-Presidents of the national associations of the EMA Region.during EMATM. RTI is planning a lot of social activity which comprises Mass Tours, Sport Events (EuroSki, EuroMountain, EuroSail, EuroTennis), but also celebrations and anniversaries.

Chartering of new clubs in new countries is always a priority of RTI. 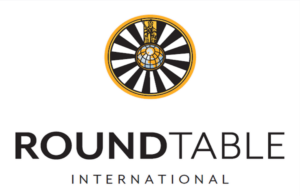